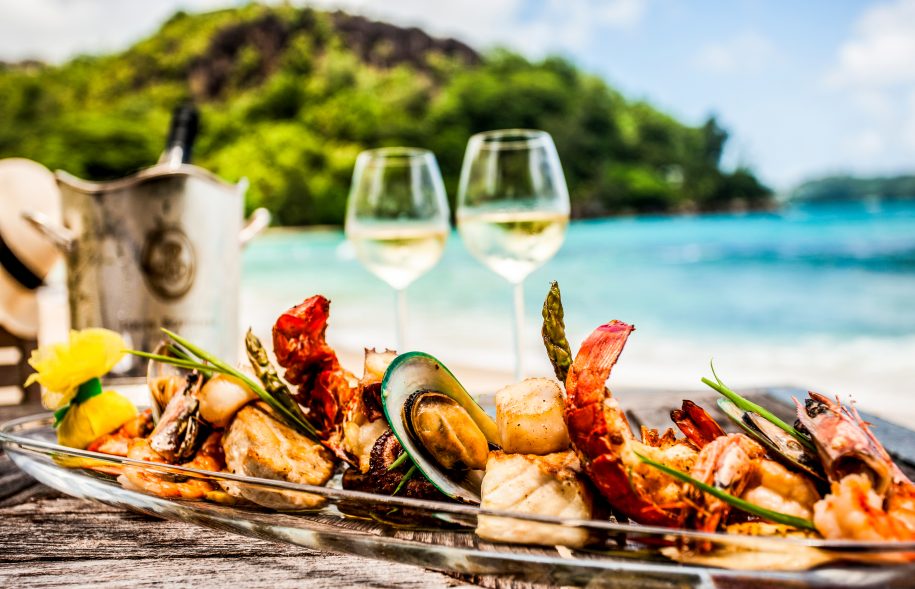 At Omnifique, we firmly believe that local cuisine is a great way to dive into a new destination. What we eat is rooted in our identity. It’s a mixture of regional ingredients, inherited techniques, and outside influences. Food merges geography, history, religion, tradition, and so much more. It’s a piece of identity on a plate.

Hawaii is no exception. As rich as its cultural heritage, the local cuisine reflects the history of the islands. Let’s dive in.

The first settlements in the islands are estimated to have happened between the years 300 and 800 by Polynesian long-distance navigators from the Samoan, Marquesas, Tuamotus, and the Society Islands. This period is called Ancient Hawaii, and it lasted until the late eighteenth century. The voyagers brought their own plants to the islands and took advantage of the local produce and fishing. Some of the ingredients representing this period are coconuts, sugarcane, yams and sweet potatoes, and taro. The most used technique was cooking proteins in earth ovens.

Most theories agree that the first contact with Europeans and Americans happened in 1778. The local cuisine was then influenced by Christian missionaries from New England and whalers, who introduced salted fish. The famous side dish lomi-lomi salmon, a fresh tomato and salted salmon salad, is a direct product of those times.

Between 1850 and 1930, the pineapple and sugarcane plantations grew, which meant the islands received a large number of immigrants to meet the demand for labor. People were brought in from China, Korea, Japan, the Philippines, Puerto Rico, and Portugal. With them came their rich culinary traditions. Some of the regional dishes introduced to the islands and then fused with local ingredients were Portuguese sweet breads and fried dough, and Puerto Rican pasteles. The Japanese bento, for example, inspired the staple Hawaiian plate lunch, which usually consists of white rice, macaroni salad, and an entrée. The Spam musubi, a snack composed of (you guessed it!) grilled Spam, rice, and nori, is a local adaptation of the Japanese omusubi.

After World War II, Hawaiian Food became a well-rounded concept, especially as many local chefs opened their restaurants. Many years later, in 1991, a group of chefs formed by Alan Wong, Peter Merriman, Philippe Padovani, and Roy Yamaguchi started a non-profit called Hawaii regional cuisine. Their philosophy was all about taking advantage of local produce and stay clear of continental dishes unsuitable for the islands. They even published a cookbook called The New Cuisine of Hawaii.

Today, the island is filled with local culinary stars. Mark Noguchi, for example, is renowned for sourcing hyper-local ingredients and revitalizing the Kaka`ako food scene by providing a space for up-and-coming local chefs. Oahu-born Sam Choy has received a James Beard award and even designed Hawaiian-inspired dishes for American Airlines’ first class passengers to and from the islands. At Omnifique, we love working with Chef Jenn Marr when we host a group in Hawaii. She loves preparing local delicacies for adults and “kid-approved” healthy and nutritious meals. She takes being an “invisible chef” to the next level.

Discovering Hawaii through the lens of food is a yummy, vibrant experience. Book a stay with us and enjoy it!