What is Organic Architecture? 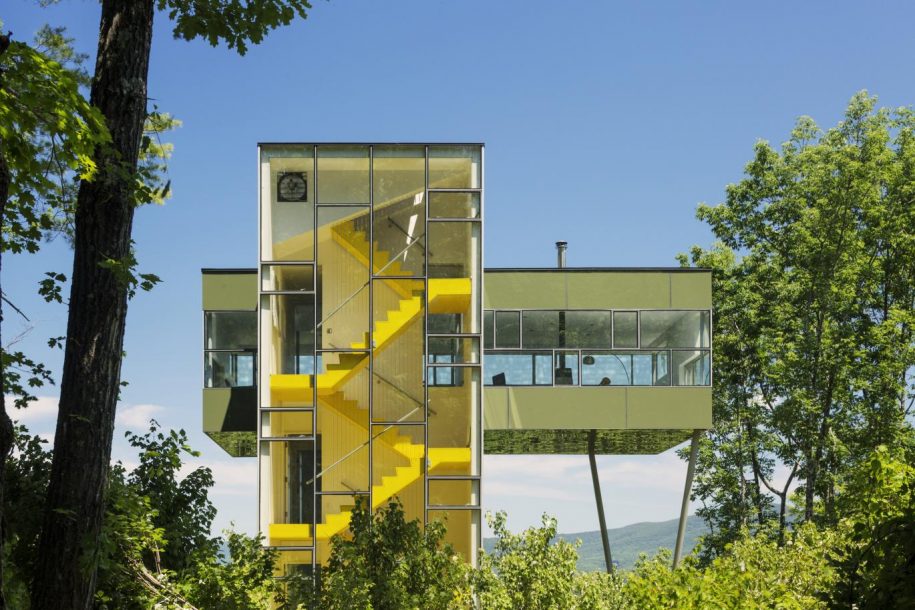 In the past, we’ve discussed how the Bauhaus movement at the beginning of the 20th century set out to connect interior and exterior spaces. However, this school of thought crafted buildings that clearly set themselves apart from their natural surroundings. With their signature clean geometric lines and shapes, Bauhaus buildings never blend in with the background.

This is not the case for organic architecture. This philosophy is based on the idea of harmony between nature and us, its noisy, dirty, needy inhabitants. So, taking some of the Bauhaus school’s views to the next level, the architects who abide by this ideology integrate their designs with the natural surroundings, creating holistic spaces with both environment and function in mind.

Legendary American architect Frank Lloyd Wright actually coined the term “organic architecture.” Inspired by transcendental philosophers and iconic poets and writers, such as Emerson, Thoreau, and Whitman, this idea is what drove Wright’s creativity, fueling his drive to merge past and present. In his 1908 book In the Cause of Architecture, he defined a few principles for this type of architecture:

Wright’s philosophy doesn’t just refer to the relationship between humans and nature. Form and function are not only merged but one being. He sees importance in thinking about each building as an organic system on its own. Every design element should be thought out as a vital part of a system, with its function and goal. No element should dominate the rest. Interdependence is key.

Wright’s most notorious example of organic architecture Fallingwater, a residence located in Mill Run, Pennsylvania. Inspired by Japanese architecture, this home was built on top of a waterfall that flows through the house.

We’re so happy to have incorporated an architectural gem into our portfolio. Located in Olivebridge, NY, the Tower House is a unique property that complements our selection of masterpieces seamlessly. Designed by master architects Gluck+, this vacation home was conceived as a stairway to the treetops, incorporating plenty of elements true to organic architecture.

Each of the first three floors features a bedroom with an ensuite bathroom. The top floor, which contains the living spaces, spreads out from the tower like the surrounding forest canopy, providing views of the lake and Catskills mountains. The glass-enclosed stair highlights the procession from the forest floor to the treetop aerie. At the same time, the dark green enameled back-painted glass exterior camouflages the house by reflecting the surrounding woods.