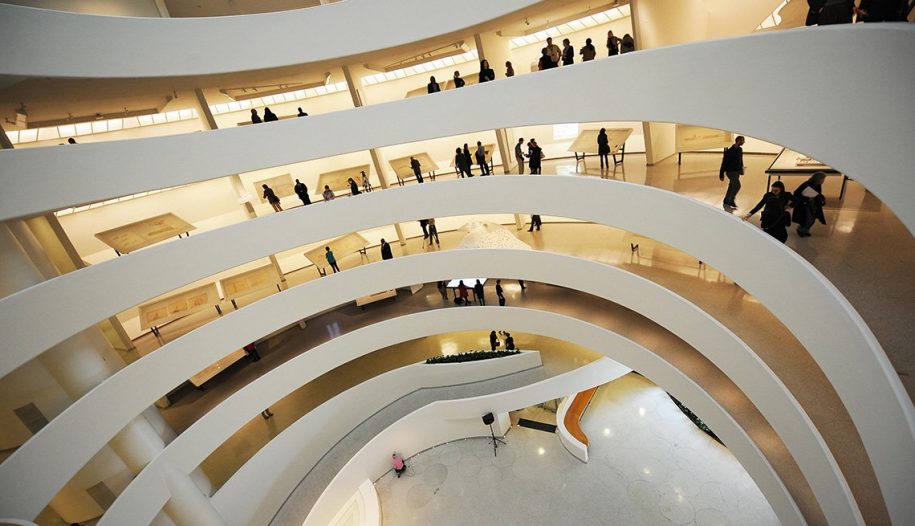 Can art be a channel of communication among people? In Marshall McLuhan’s words, could the medium be the message when it comes to art? What is art anyway? Well, we can’t answer both questions, but at least we can shed light on one of them. According to the relational art movement, exhibitions and installations can bring people together and send clear political messages.

This school of thought was born in the nineties, adding a new layer of politicization to the mainstream art scene. Relational art exhibitions tend to be performative and interactive, focusing on the process instead of the result. For the artists, the raw material to create their pieces is culture itself, with the help of other people’s interventions. This could include the help of visitors to an exhibition, but also of unaware pedestrians. Let’s find out more about how relational art came to be and review some examples.

Although it takes inspiration from earlier movements such as Dada, Conceptual art, Fluxus, and Allan Kaprow’s “Happenings,” it’s generally accepted that the term “relational art” was first used to refer to this movement by French critic Nicolas Bourriaud in the catalog he wrote for the 1996 exhibition Traffic at the CAPC musée d’art Contemporain de Bordeaux. The exhibition was inspired by the 1971 Italian-French movie of the same name, which shows the journey a designer has to take to get to a show.

According to Bourriaud, relational art is a sort of social practice where the focus is on the social-political context and the human experience. In his 1998 book Relational Aesthetics, he defines this movement as “a set of artistic practices which take as their theoretical and practical point of departure the whole of human relations and their social context, rather than an independent and private space.”

For artists, this means leaving the lonely studio behind, becoming facilitators, and experience curators. Their task involves planning shared activities and progressive installations, where visitors have as much power as the artist. The art pieces are collective creations, and crafting encounters between people is the end goal. In practical terms, relational art can offer a wide range of experiences, usually fleeting and temporary.

In the line of the 1990’s dot com boom, relational art is all about creating something together. It’s about empowering “users” to interact, modify, intervene, and therefore make a statement of their own.

One notorious example of relational art is German-Indian artist Tino Sehgal’s 2010 presentation of This Progress at the New York Guggenheim. He had all artwork removed from the walls and trained the guides to start debates and conversations with the visitors. Swiss artist Thomas Hirschhorn collaborated with people from a low-income, mainly immigrant neighborhood in Kassel to create Documenta 11. Together, they built a temporary television studio where locals could hold debates and discussions. These two examples show how relational aesthetics can take place in very diverse settings.

In today’s world, we can ask ourselves if the impact of relational art is actually long-lasting or if it is as ephemeral as the exhibition itself. However, it’s undeniable that this movement offers a unique experience never to be forgotten by those who take part in them.